But how does this CPU and system scale and how is the performance compared to our own Oracle SPARC S7 Server?

The SLOB benchmark executes 500'000 SQL select statements (SLOB Ops). The SGA is 20GB is size to make sure all data is in the Database Cache and no physical I/O is required. This way we measure CPU, Memory, OS and DB Performance.

The 12-core SPARC64-XII scales very well. Using 96 parallel readers we reach 78'000 SLOB OPS per second per socket. This is 2x the SLOB OPS compared to the 8-core SPARC-S7 CPU. 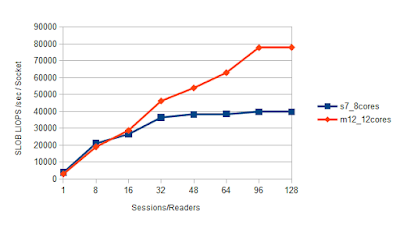 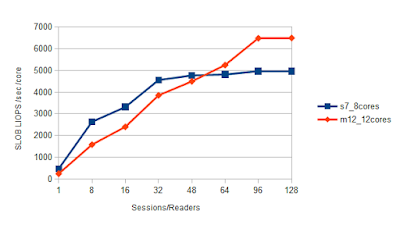